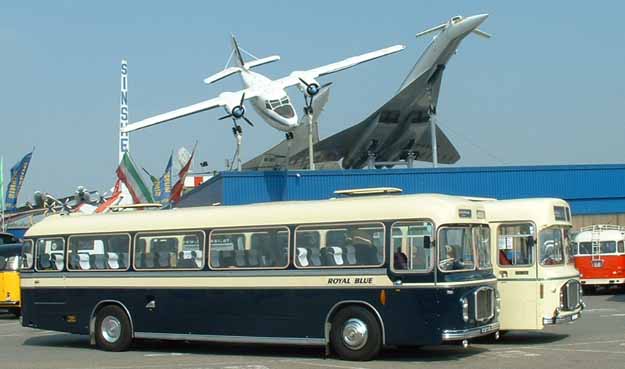 All the way from Liverpool, Royal Blue Bristol RELH6G 2351 (837SUO) at the Sinsheim Technik Museum on April 29th with the Russian Konkordski Tupolev TU144 above. The Royal Blue RE was the runner up for the sponsored trip following SHOWBUS 2006. Its owner Steve Graham also brought along Crosville RE CRG106 (AFM106G) for its second visit to Sinsheim. Unfortunately RML2306, the EFE SHOWBUS International 2006 did not make it due to delays in getting permits for it to travel through Germany.

Details of the Sinsheim event for vehicle entrants are below 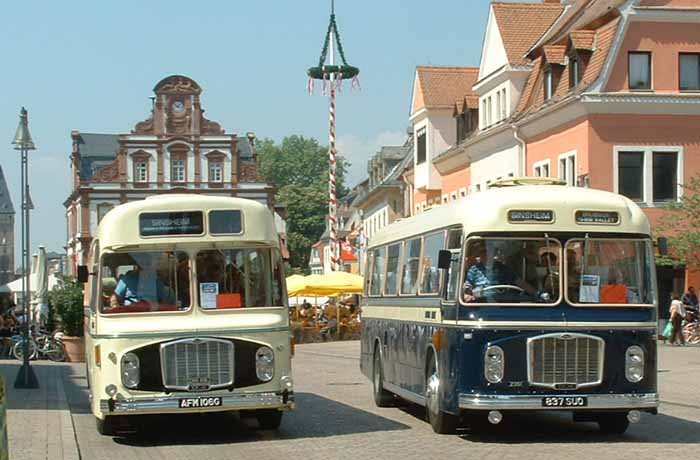 1215h Buses return to Sinsheim: some to the Museum and some to the town centre which will be closed to traffic.
The two REs are seen paused on the procession to Sinsheim in the centre of Speyer where they were greeted with much applause.
1315h Presentations in the town centre, music, traditional market
1700h Return to Sinsheim Museum
2000h Three course meal at Hotel Sinsheim with guest speaker
Sunday 29 April
0945h A chance to look round the Sinsheim Museum
1300h Fanfare departure of assembled buses

Other useful sites are the Konrad Auwaerter, and the museum sites of Speyer & Sinsheim museum sites This page was last altered on April 29th 2007